The cannabis market is set to deliver outsized returns for years to come.

I’d be willing to bet the actual numbers are somewhere near double that. People don’t like talking about their drug use to strangers on the phone.

What was interesting about that Gallup poll was that the number of adults who admitted to smoking pot has doubled since 2013.

That tells me the act of smoking pot itself has become more widely accepted.

We know tens of millions of people in the U.S. — and hundreds of millions more around the globe — smoke or otherwise ingest marijuana in some form.

Now they can do so more openly, leading to drastically higher sales of more diverse products, which will lead to myriad investment opportunities.

And that’s just on the recreational front. And also just in the U.S.

It speaks nothing of the vast medical and health market, for which cannabis flower and oil and seed and stem derivatives are being used to make everything from pills to potions… to treat everything from Alzheimer’s to zits.

The legal cannabis market in the U.S. alone is expected to expand by eight times its current size in the next decade — growing from $6 billion to $50 billion, according to Cowen & Co.

In Canada — where guidance is expected on nationwide recreational legalization next month — the market is worth $22.6 billion annually, according to Deloitte.

And while some questions admittedly remain about legality at the federal level and the banking issues associated with that, it’s not hard to see the states that have already legalized are clearly benefiting from their newfound tax windfalls.

If there is one thing government likes above all else it is tax revenue. This simple truth assures pot’s eventual nationwide legality.

What’s more, questions like this are only natural in a market that is entirely groundfloor. It’s brand new. Frameworks and committees and all that other bureaucratic stuff still need to be formed.

But that’s what makes it so exciting.

There is incredible demand to be met both as it relates to cannabis for consumers and cannabis equities for investors.

The early leaders in the industry have already spouted off for incredible gains. 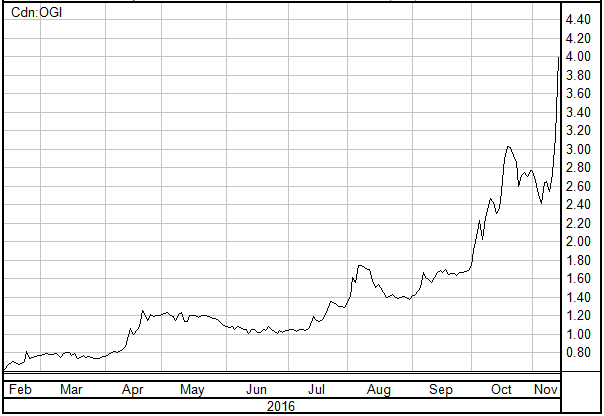 And it will be like this for years to come.

Any talk of a bubble or thoughts that you’re too late to invest in this sector are nonsense considering it’s not even fully legal yet. Institutions aren’t buying the stocks yet. There are no pot ETFs.

Many profits in the cannabis space are yet to come.

How to Invest in Marijuana Stocks With Stash