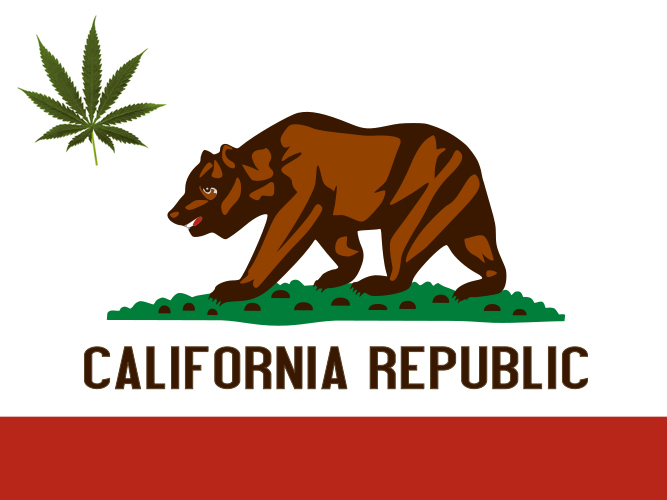 When you envision California there might be few iconic images that skip through your mind, things like earthquakes, movie stars, beautiful beaches– wine. But when you think of the Bay Area in particular, well, there are SO many more adjectives and nouns that should be bouncing through your hyphy head: 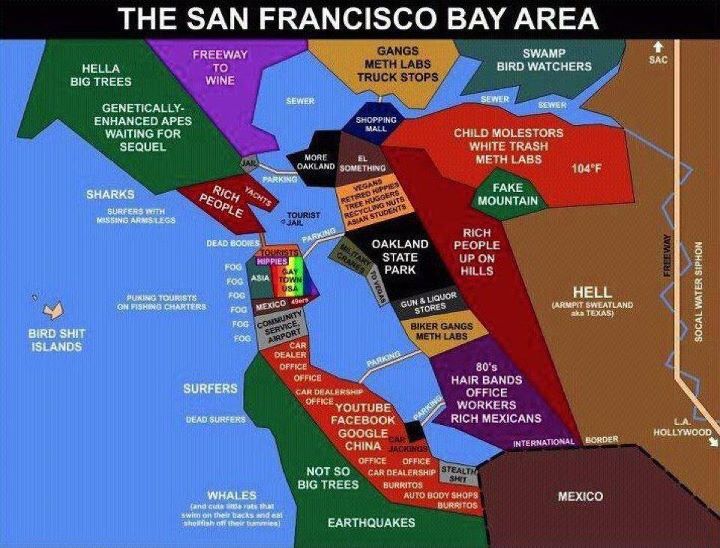 KushCA counts down the top 5 places to get high in the Bay Area (and 1 place in-between!) If you’ve never been out here, I’ve provided some handy-dandy maps to help you find your way.

I’ve heard the Palace of Fine Arts is a great place to hold a wedding. And with its insanely palatial interior and exterior I’m sure it is. 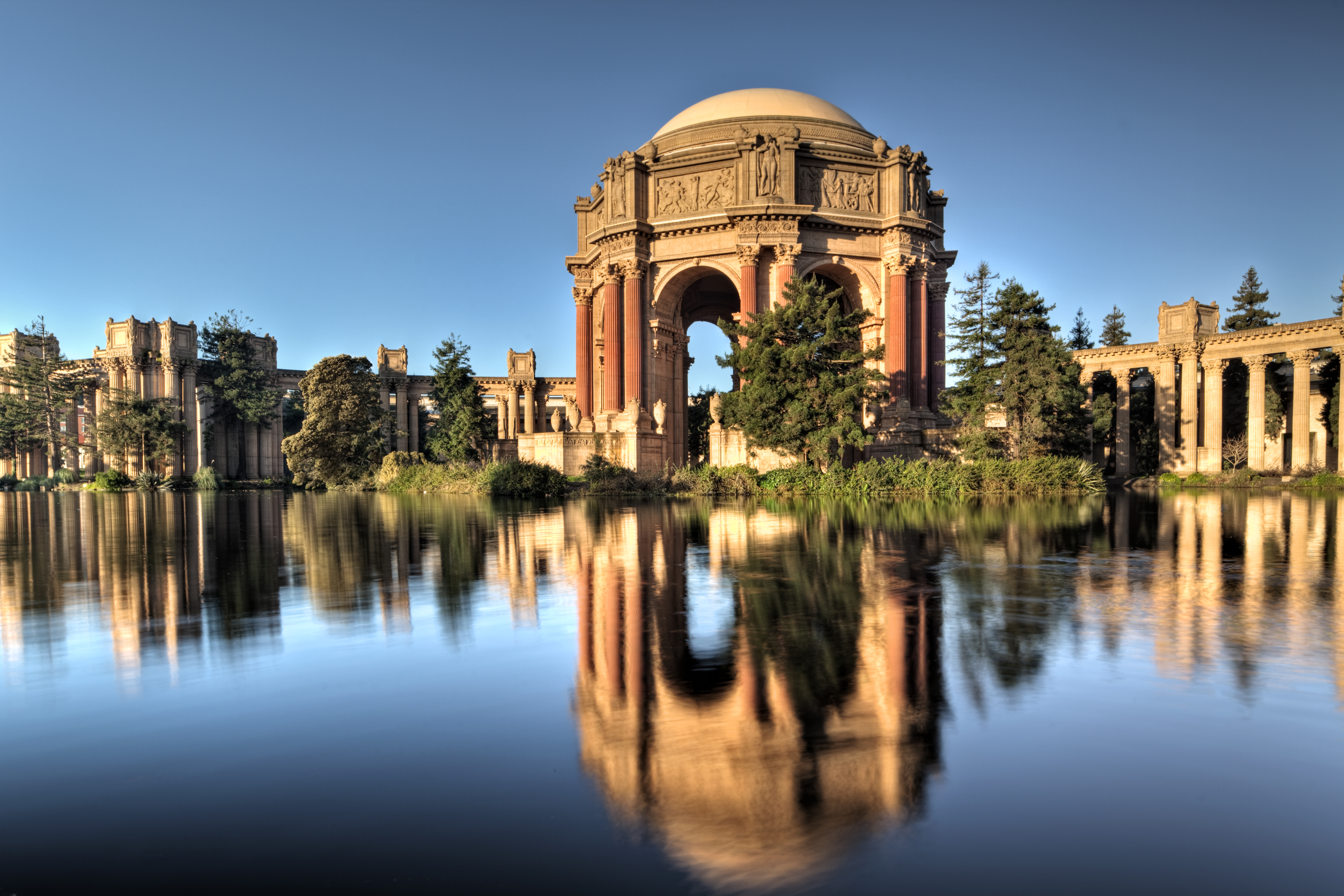 The last time I was there I stood in rapt amazement as a wedding rehearsal took place with a group of colorful Polynesian dancers performing some sort of tribal two-step. Nearby an acrobatic troupe was practicing on a wooden spinning machine that looked like a rickety medieval torture device. People stood around and cheered for them to dash their brains all over the ground.

But did I let all that fuss and muss get me down? Absolutely not. I pulled out my chalice and blazed merrily, merrily away. And guess what? No one inadvertently gasped in horror. No small children had their innocence bled from them. Because the fact of the matter is when you’re a stealth smoker like I am (I highly recommend utilizing a vaporizer or one-hitter) the weed smell is always coming from someone else, like a fart.

However, as I slowly strolled around with my friend (who was not smoking) I tried my hardest to hide the fact that I thought the swans in the pond next to the Palace looked rabid and were going to attack us at any time. Or that I was so thoroughly medicated I actually felt for a moment I was back in some West Coast World Fair, circa 1900, and was going to get chastised by white folks for not staying in the colored section of the park.

That’s because the experience of walking around the Palace of Fine Arts is quite like walking back in time. With its towering Greek and Romanesque columns, it’s easy to get high and lost in the Palaces grandeur. It also boasts a very non-descript museum behind it that’s apparently one of the few exhibitions from the San Francisco 1915 Panama-Pacific Exposition still standing.

I don’t go to Berkeley often, but when I do, it’s because I fell asleep on the BART and missed my stop.

But that’s now. Back in the day, in the, hold on to your seats now, the 90’s, I used to hang out on Telegraph Avenue with random buddies I found scattered around the street and smoked weed like a champ all day long. I loved the fact that people were so chill and laid back. The city was on the cusp of the millennium yet lurking underneath was a strong vibe reminiscent of something I felt must have existed 30 years prior, when all that free love and peace and unity nonsense was in fashion.  If you are young and a  bit more carefree in life, then maybe Telegraph Avenue is still the place for you to get high and experience that too.

But for me, it became an eventual nightmare. Being black and being a hippie, while fun, is tantamount to living a lie–you will eventually have your rose colored glasses smashed into your face.  One evening as I stood in a cipher with a group of my white hippie street friends one of them said something stupid about black people.  We had just smoked some ganja and I got so pissed off the hackles on the back of my neck stood on end and I metamorphosized into something awful shortly thereafter:

That’s why I just stopped kicking it in Berkeley altogether, even if that’s not necessarily fair to Berkeley. It made me go crazy and want to cannibalize folks when I saw that hippies still existed well past their expiration date; that people lived like they were homeless just because they thought it was cool.  Maybe for them, it was cool.  After a while for me, it wasn’t.

I’m not going to lie though, I  still have very fond memories of terrorizing aging hippies on the streets solely through the power of a full moon and a few blunts of White Widow.

Although not in the Bay Area, it’s damn close.

And I loved going to the Santa Cruz Boardwalk as a kid, for obvious reasons.

The roller-coasters and huge Ferris Wheel were like something out of a Nickelodeon TV hosts wet dream. The boardwalk with its array of processed smells, some natural, some not, and neon lights that spun around in my eyes as I took it all in kept me wanting to come back year after year, even though not a damn thing changes.

Then  I visited Santa Cruz Boardwalk as an adult and saw how all those years the sugar really just covered the shit.  Santa Cruz is a painfully average (albeit gorgeous) sparsely populated city that just happens to have a boardwalk in it. It’s like a Coney Island if Coney Island kind of gave a fuck. 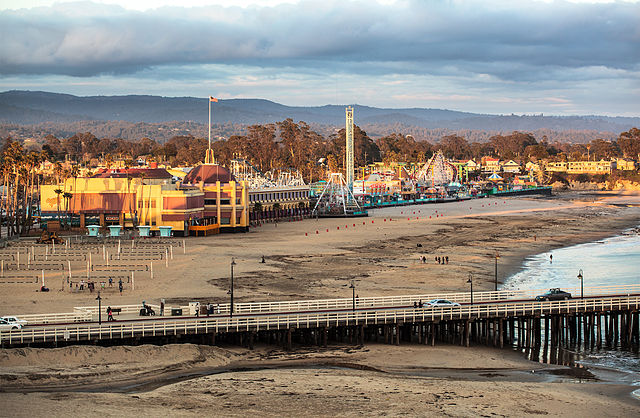 But that’s what makes the place so awesome. Getting high there is akin to time-traveling, like at the Palace of Fine Arts, except this time you will find yourself knee deep in 1970’s faux Rancho bliss with meth-heads in stonewashed jeans and fat kids high on churros wearing nothing but ill-fitting swim trunks zipping around you like characters from a time when Too Close For Comfort was something people watched. I highly recommend it (not the show but the boardwalk) vape pen or not. This is some smoking you can get away with it.

There are many things I love about Oakland, from its pimped out past to its industrial warehouse feel.  But I won’t turn this review into a let-me-suck-Oaklands-dick fest. I will just say the city gets a bad, much-undeserved rep. If you ever get the chance to go down and see the city firsthand you will be amazed at how warm the people are (incidentally so is the weather), and be blown away by how much they love weed out there. San Francisco may get more buzz when it comes to cannabis but trust me, some of the best bud is coming out of Oaktown.

Although I’ve always liked to call the Bay Area my second home (I’m from Chicago originally but have lived in the Bay off and on since I was a teenager) it wasn’t until about 6 years ago I even knew Lake Merritt existed. I had heard of it in passing but felt it had to be more pond like than anything.

Lake Merritt is a freakin’ lake. A fairly large one at that, with lots of wooded areas nearby. To say getting high there is an easy feat is a huge understatement, it’s damn near a prerequisite.

And get medicated there I’ve done quite often. At the various festivals, walking around with friends, or even by myself, sitting on a bench watching the ducks create tiny ripples with their graceful movements. It’s definitely one of the best places to spend an entire afternoon or early evening doing absolutely nothing.

This was a difficult one to choose over Lake Merritt, as, well, you just have to walk around Lake Merritt to get a sense of how dope it is. That being said, you kind of have to do the same thing at Golden Gate Park. While I would in no way call all of GGP dope, I guarantee you will be smoking and/or smelling some everytime you set foot there.

Golden Gate Park is to San Francisco what Central Park is to New York. It’s the West Coasts Grant Park. Golden Gate Park could easily pride itself on being San Francisco’s largest public hotel,  urinal, dog park and children’s playground all in one. You could literally spend hours traversing the park and still not find the end or beginning of it. And along the way at least 10 burnt out hippies will try to sell you weed. Don’t have money? No worries. Sit around long around and eventually someone will plop down next to you and smoke you out. That’s because everyone is smoking at GGP. Even the little kids who use slabs of cardboard like toboggan sleds to go warp speed down the concrete slides must be high because seriously, who the fuck does that?

Have you ever read the book The Secret Garden? Or seen the equally awful movie from the 1980’s with those two curmudgeony’ albino looking kids with over-the-top English accents? Well walking around Golden Gate Park you might as well be walking around a secret garden, there are just so many nooks and crannies to get lost in (and who doesn’t love being high and lost I mean am I right or am I right?) Once you inevitably stumble across the Japanese Tea Garden, you will most likely think you have entered a village in ancient feudal Japan.  And if you’re lucky enough tsee the Bison roaming the park, just know that they are in fact real. You can rest assured your weed ain’t THAT strong.

Do you agree with the list above? Let me know your favorite place to light up in the Bay Area in the comment section below! 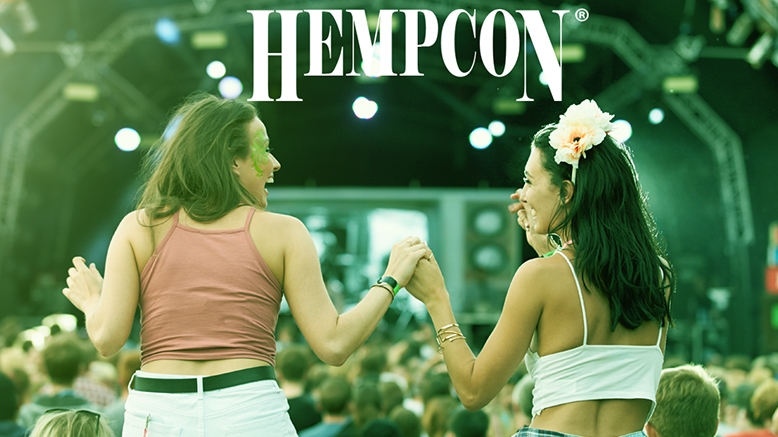 CBD:THC Ratio – What Does the Ratio Mean? (Infographic)

The (almost) Whole History of Weed (in Less Than 10 mins.)