The history of cannabis in the United States begins in 1619, when King George I decreed that the Jamestown colonists were to increase their efforts in supporting England. The Jamestown land owners began this initiative by cultivating 100 hemp plants that could be exported to help support England. Hemp was then later used to bolster the colonization of the Americas, and even became one of George Washington’s 3 primary crops. The plant was used for rope and clothing, and was considered so important that up until the 1900s, cannabis cultivation was pictured on the back of the 10 dollar bill, which consequently, was made from hemp.

In 1839, William O’Shaughnessy introduced cannabis to Western medicine and by the 1850s, medicinal preparations of the plant were available in American pharmacies. However, cannabis wasn’t just used for medical purposes. The late 19th century saw oriental-style hashish parlors and opium dens pop up along the entire east coast, and were increasingly popular in large cities like New York, Boston, Chicago, and Philadelphia. Getting high was a favorite pastime of socialites and the affluent, making these parlors and dens a common hangout spot for elite members of society.

However, at the same time as the popularization of hemp and cannabis products, there were legal and governmental attempts to begin regulating pharmaceuticals. Many of these regulations were beneficial at first; labelling restrictions, narcotic warnings, and banning the sale to minors. However, the regulations became more and more restrictive over time. Eventually, the strengthening of poison laws led to the creation of the Federal Bureau of Narcotics (FBN), which then became the Bureau of Narcotics and Dangerous Drugs (BNDD), and is known today as the Drug Enforcement Administration (DEA). The FBN’s first commissioner, Harry J. Anslinger, adamantly claimed that the use of cannabis caused people to act irrationally, exhibit hyper-sexuality, and commit violent crimes. As a result, the FBN worked to create propaganda films that supported Anslinger’s message (Reefer Madness sound familiar?).

The FBN went on to pass the Marijuana Tax Act of 1937, which placed a tax on the sale of cannabis, and made it possible to arrest illegitimate “dealers” who were bypassing the tax. This act also effectively made it illegal to possess cannabis not intended for medical or scientific purposes. It is important to note that the decisions made by the FBN were based on faulty studies that were then presented in poorly-attended hearings. The Marijuana Tax Act of 1937 was eventually repealed in 1969 as it was deemed unconstitutional, but was replaced by the Controlled Substances Act of 1970 (CSA), which 0fficially prohibited all uses of cannabis, including medicinal. The act went as far as classifying cannabis as a “Schedule 1” with a “high potential for abuse and no accepted medical use” along with LSD, heroine, and peyote. The War on Drugs, a Nixon initiative that continued through the Presidency of Reagan, climaxed with the reinstatement of mandatory prison sentences for cannabis related charges and the creation of the 3-strikes law. These Reagan-era policies disproportionately affected men of color, especially black men, and unfortunately, 30 states still use the 3-strikes law today.

Five years after the CSA was passed, a man named Robert Randall was arrested in D.C. for using cannabis to treat his glaucoma. He began a medical-necessity defense and filed a petition with the FDA that eventually made him the first person in America to legally receive medical marijuana from the government. Thirteen others were given access to medicinal cannabis through the Compassionate Investigational New Drug Program, and a number of states began the process of passing legislation to allow the use of medical marijuana.

The early 90s  saw the opening of the first dispensaries such as The San Francisco Cannabis Buyers Club and the Oakland Cannabis Buyers Cooperative, which despite being in violation of federal and state laws, were protected by Proposition P, a ballot measure that was approved by voters and supported the medical use of cannabis. The success of Proposition P eventually led to Proposition 215, also known as the Compassionate Use Act of 1996, which legalized medical marijuana throughout the state of California. Quickly, Washington, Oregon, Alaska, Nevada, and D.C. followed suit. In 1999, Colorado and Maine legalized medical marijuana and in 2000 Hawaii became the first state to legalize the plant through state legislature as opposed to ballot initiatives. Today, patients across 34 states are getting high on cannabis, while patients in an additional 6 states have access to the healing properties of CBD.

The early 2000s finally had politicians and law-makers seeing through the smoke and mirrors of the “War on Drugs.” This brought on a wave of decriminalization, which prompted lawmakers to pass legislation that would favor fines over jail time, or favor small amounts of jail time over prison in cases of a larger offense. As of right now, 42 states have decriminalized marijuana. The decriminalization process has allowed for the popularization of pot, and common misconceptions about the plant have been debunked. The national attitude towards weed has completely changed over the last two decades, and so in 2012, two states legalized the recreational use of marijuana as well. The Colorado Amendment 64 and the Washington Initiative 502 legalized cannabis and regulated it in a similar fashion to alcohol, wherein anyone under 21 could not possess it and provisions against driving under the influence were put in place. However, this is just the terp of the iceberg.

As of today, 11 states, as well as D.C., have legalized recreational pot, and it is predicted that multiple other states will do the same in 2022. States such as Florida, Arizona, New York, New Jersey, and New Mexico all are highly likely to begin the process of legalization by the end of the year. Meaning: the high times have just begun. 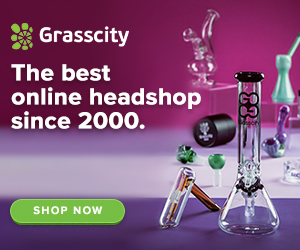