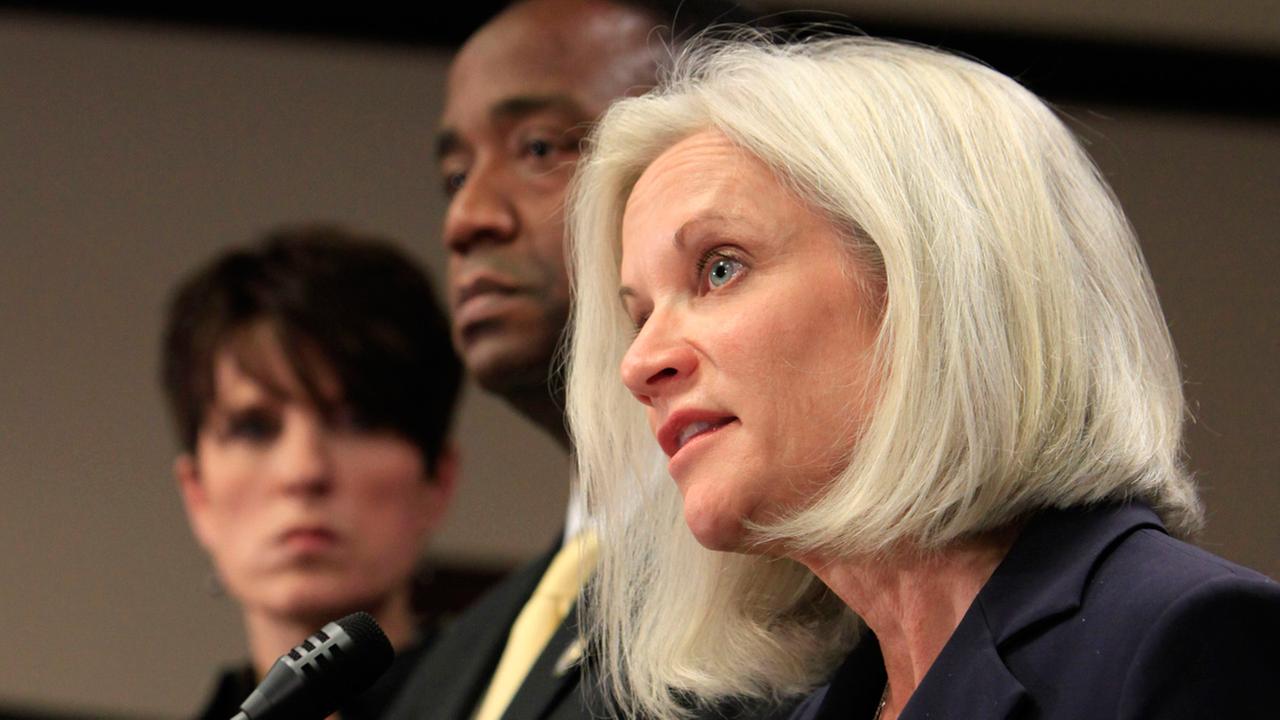 U.S. Attorney Melinda Haag is stepping down as the Bay Area’s top federal law enforcement official, ending a five-year tenure that has included the prosecution of state Sen. Leland Yee and cases against corporate powers such as Fed-Ex and PG&E.

Haag announced the decision at a meeting with staff on Wednesday after notifying U.S. Attorney General Loretta Lynch earlier in the week. Haag’s resignation takes effect on Sept. 1.
A 2010 appointee of President Barack Obama, the 53-year-old Haag decided to leave before the next presidential election, joining a growing number of the nation’s 93 U.S. attorneys who have taken similar steps over the past year.

“The reality is, at some point, the job ends, and I feel it’s the right time,” Haag said. “The time to step down is when the end is in sight and things are going well. We’re in that window of time.”

Chief Assistant U.S. Attorney Brian Stretch will serve as acting U.S. attorney, most likely until after the 2016 election, when the next president will nominate a permanent replacement. Haag came to the job as an influential Bay Area Democrat, white-collar defense lawyer and former federal prosecutor.
Haag has already made it known she favors Stretch getting the nod from the next president, although he is certain to face stiff competition for a job considered a political plum.

For the most part, Haag, unanimously confirmed by the Senate in August 2010, has had a tenure marked by a handful of headline-grabbing cases and unusual stability in an office with an often bumpy history.

Her signature cases include last year’s political corruption indictment of Yee, who recently pleaded guilty to racketeering charges; criminal charges, including obstruction of justice charges, against PG&E in connection with the fatal 2010 San Bruno pipeline blast; and an indictment against FedEx last year for allegedly shipping illegal prescription drugs via online pharmacies.

Haag has taken heat for several developments, notably her crackdown on some Northern California medical marijuana dispensaries she argued were simply fronts for illegal pot distributors or in areas, such as near schools or parks, where they should be barred from operation.

Medical marijuana advocates were particularly critical of Haag’s move to shutter the Harborside Health Center in Oakland, the nation’s largest medical pot dispensary, as well as its satellite facility in San Jose. Even a federal appeals court, which is weighing a challenge to Haag’s legal attack, questioned why the office was moving ahead with the case.

Haag describes the criticism as “frustrating,” saying marijuana cases represented a fraction of the office’s work and were in response to community concerns about the issue.

For Haag, the only other murmurs in the legal community have centered on the overall number of cases filed by her office, which have steadily declined since she took over from former U.S. Attorney Joseph Russoniello, according to annual statistical reports.

But Haag said that is simply a reflection of the administration’s emphasis on complex, major investigations instead of hiking statistics with routine drug and gun cases.

“The numbers are absolutely irrelevant,” she said.

In fact, Haag has overseen a string of high-profile indictments considered important on issues such as economic espionage, including the recent indictment of six Chinese citizens on charges of stealing tech secrets for a Chinese university.

While Haag is hoping Stretch, an office veteran who formerly headed the criminal division, keeps the job, much will depend on politics after the next election. If a Republican wins, Stretch, a Democrat, most likely will be bumped from office, along with other Democratic U.S. attorneys around the country.

And if a Democrat keeps the White House, Stretch is expected to face competition from other Bay Area lawyers likely to seek the job. California’s two senators typically are influential in picking U.S. attorneys, making recommendations to the White House. Sen. Barbara Boxer backed Haag for the job five years ago.

Meanwhile, Haag, who worked for a major law firm before becoming U.S. attorney, said she plans to take her time making her next career step, in the meantime turning to tasks such as readying her two sons for college applications.

“I hope I had the effect of enhancing the reputation of the office,” Haag said. “I feel we’ve accomplished most of our goals.”

To view the original article: http://www.contracostatimes.com/news/ci_28557075/bay-area-us-attorney-melinda-haag-stepping-down 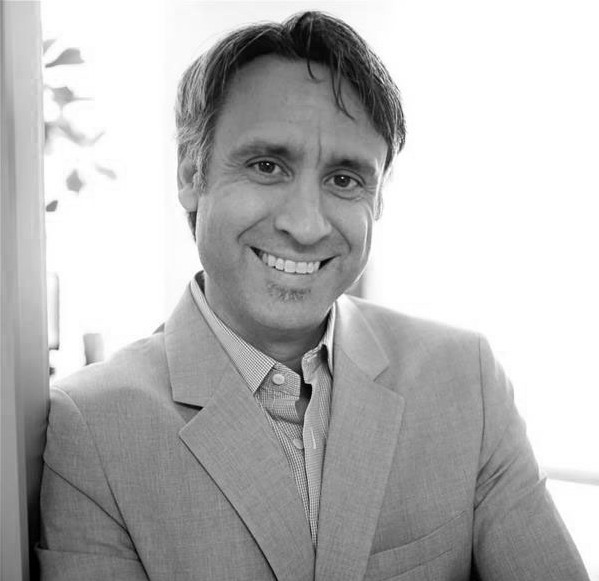 Will San Francisco Be Home to the Country’s Largest Medical Marijuana Dispensary? 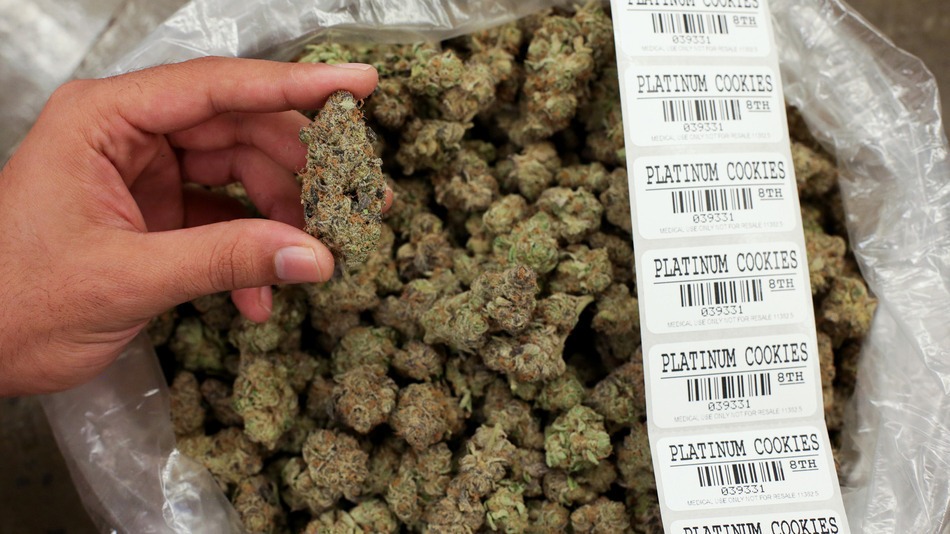 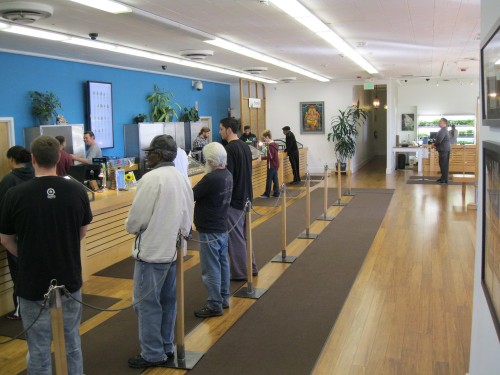 Oakland Loses Bid to Save the Nations Largest Pot Dispensary

Californians to Vote on Legal Marijuana in November