Weed smokers are a fickle bunch, likely due to engaging in repetitive activities that result in them being stoned. And all that peace and love stuff you may see some tokers spouting is, in reality, some bullshit, because stoned or not there are definitely some things that get under any potheads skin– real or imagined. Below are 6 statements we cannabis smokers are most tired of hearing:

I CAN ROLL A JOINT/BLUNT BETTER THAN YOU

Have you ever uttered those words to a  fellow smoker? Yes? Well just stop right there and answer this question..how long have you been smoking weed? And secondly, are you 12? Weed smoking isn’t a competition. Okay well, sometimes it is. Regardless, no one cares how long you have been “dabbing” or “vaping”, if you know all the lingo about terps and purps and shatter and rosin. If you haven’t been smoking more than 15 years, 15 of which you spent rolling joints or blunts than you probably can’t roll better than anyone who smokes like me:

In fact, I KNOW you can’t roll better than me because you just rolled this shit here:

I ONLY SMOKE TOP SHELF

You saditity bastard. You mean to tell me you’ve got it sooo good that, no matter what the circumstance, you only smoke top-shelf? You do realize that top-shelf weed is often a variation of normal, everyday weed, right? You know, the kind that you can buy for $30 an eight? Yes, sometimes the THC count of these strains is equitable to normal mid-shelf weed, or it’s only a few percent higher.

Don’t get me wrong, I love smoking the uber dank just as much as the next smoker. However, sometimes all the extra stuff you’re paying for is essentially the brand/strain name. I don’t know about you, but I still get high either way (the highs simply vary).

So, smoke what ya mamma gave you…or rather smoke what that person who’s cool enough to smoke with you in the first place is passing your way. There ya go. 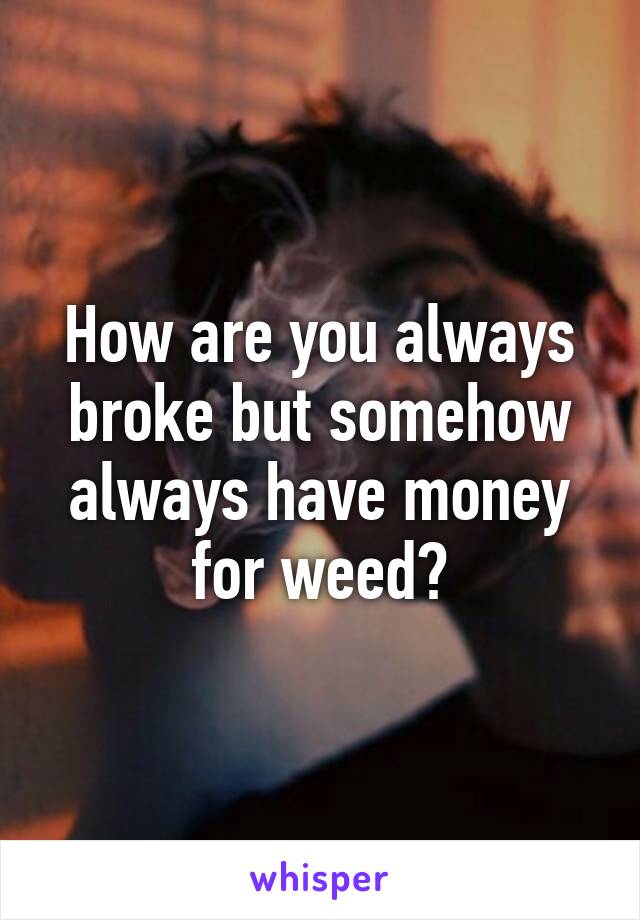 Okay, I’m guilty of this one too, although more so when I was wee little college lad and my only source of income was telemarketing gigs and harassing strangers on the street for money in the name of Green Peace. The problem is I still come across people with this type of mindset. Their rent won’t be paid. Their fridge and cupboards will be barren. Their kids will be walking around with bellies swollen from dysentery. But you can betcha by golly wow they will ALWAYS have a blunt rolled and ready. And more than likely they will be stingy as hell while smoking it with you.

I DON’T HAVE A LIGHTER Yes, yes you do. I know because I’m pretty sure you stole mine the last time we smoked. Don’t believe me? Check your pock–Mmhmm.

We’ve all across that one smoker who fronts like they don’t smoke but in reality are huge stoners if given the chance. The thing is they have to be given that chance because they most certainly won’t crack open their wallet to buy cannabis themselves. More than likely this person is a good friend or significant other, someone who knows they have access to good grass but never has to spend a dime on it. My ex-wife was a good example of this. She got high on the daily on my supply but no, I was the huge stoner. Now I’m not necessarily hating–game recognize game. But c’mon on.

I’M OUT OF WEED You may think I’m speaking about that stabbing sensation you feel in the pit of your stomach when your dealer tells you they’re out.  And while I get how you may be tired of hearing that, something I think each and every smoker can relate to is when you have to admit that you’re out of weed, and may not be getting any anytime soon.

It’s a heart-breaking, forlorn feeling. Like losing your marriage or relationship, or imaging the world under an 8 year-long Donald Trump presidency.  You go through stages of grief, from desperation to resignation, to anger to sadness, all in one sad nug.

Then you realize life goes on and so does weed. There’ll always be another day to smoke.