Weed smokers and games go together like ass and cracks: you simply cannot give a shit without the other. But in this day and age of virtual this and Matrix-style that sometimes it’s good to have a game you don’t have to plug in or plop down $60 bucks for. KushCA found 4 such games for weed smokers and to be honest we haven’t been doing much of anything else with our free time since:

I remember back in the day Stoner card games consisted of playing Spades until the wee hours of the morning or Uno when that type of commitment simply wasn’t an option. Nowadays we have card games specifically tailored for the cannabis community. 420 The Card Game is essentially a card version of the popular Madonna game “Truth or Dare”. Friends pose “thought-provoking” questions to one another while answering to the best of their acrid abilities. The best part is these questions weren’t dreamed up by some stodgy, half-blind toymaker who lives alone with his anatomically correct creations in the depths of Rendlesham Forest. No, they were created by stoners, for stoners.

I now understand my penchant for world domination is due to my love of Monopoly as a child, a game so cruel in its capitalist agenda only 80-year-old white men with million-dollar hedge funds and underage Thai love slaves can enjoy. Therefore I was a bit happy to hear there’s a similar game out there for pot smokers called Stoner City. Similar to Monopoly you start off as a hard-scrapple budtender who has been instilled with a quest to take over your local pot businesses. You go through all the typical steps, maintaining your product, paying your staff and keeping your customers happy until you are the pot fucking king of the universe. Sounds fun, right? And after you’re done playing you can go back to your sad life as a teacher or CEO or something. 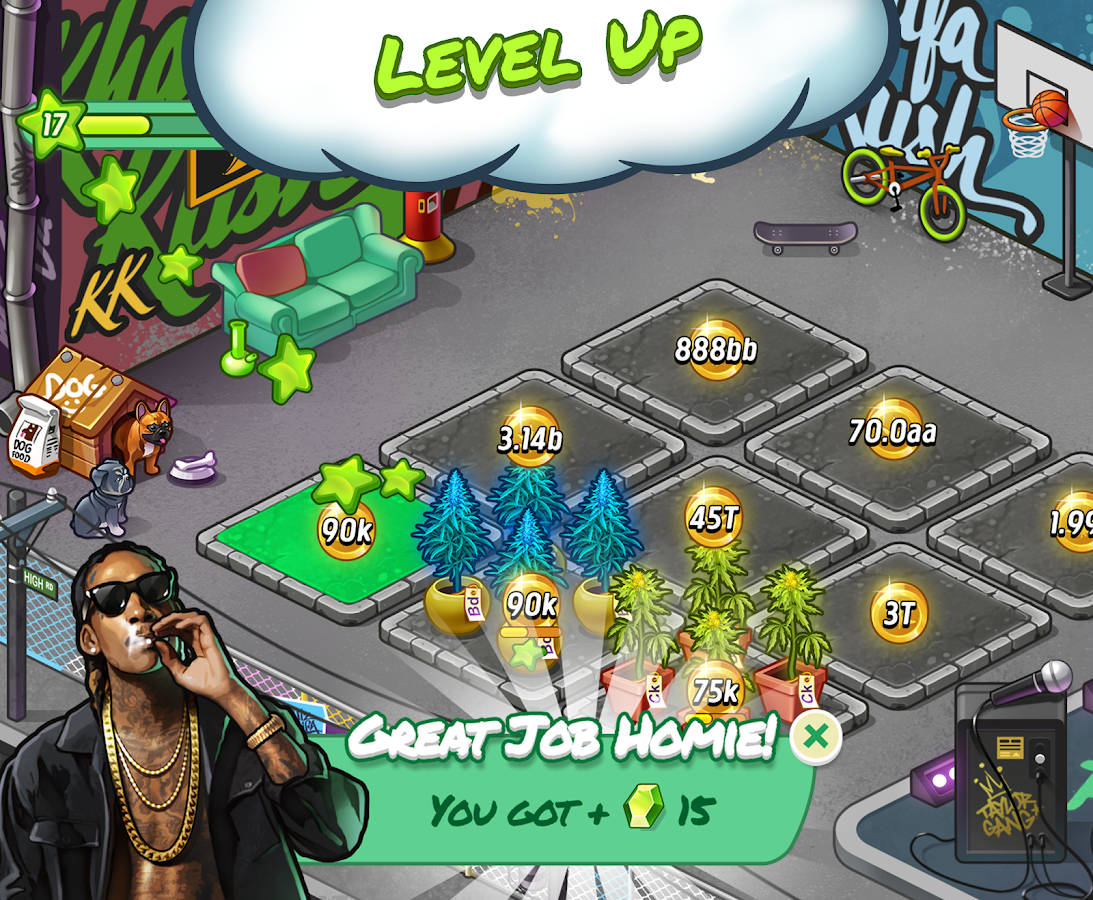 Once you reach a certain level of stonerdom you can simply attach your name to something and it instantly becomes a cannabis classic. Khalifa’s Weed Farm is not a new concept, there have already been a couple of attempts at creating games where you’re a bud trimmer or ganja farmer. But the developers behind Khalifa’s Weed Farm took it a step further and….wait for it, put Wiz Khalifa’s name on the game. Shit is innovative son.

Actually, it’s a pretty decent game to pass away the time, if practicing to become a narco-terrorist is how you like to spend your free time. Cool, juicy looking graphics, decent challenges and a slightly head-nodding soundtrack. Out of all the grow games Wiz’s Weed Farm appears to be one of the better ones. Click here if you’re stuck in the game and need some help to re-up. That’s why we’re friends.

I’m sensing a trend here…card games, dice, playing games where you’re a business tycoon. It seems we stoners love to play with money we either a) don’t have b) wish we had or c) fuck off in a variety of hilarious manners.

But I digress. This game, simply put, is like beer pong except with dice. The rules are simple. You load up a bong or your bowl or have your joints neatly rolled. You roll the dice and you do something silly. Kind of like what you do when you’re stoned anyways.